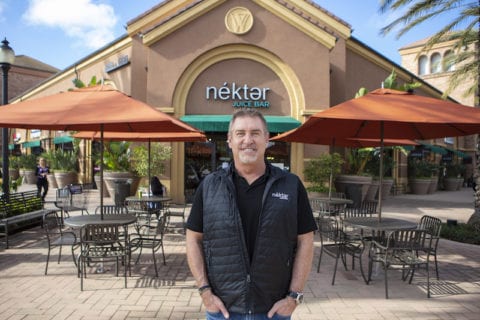 Nékter Juice Bar franchise President/CEO Steve Schulze was recently featured on an episode of the Rich Dad Radio Show podcast focusing on starting a business during times of economic uncertainty. As someone who not only survived the 2008 recession but used it as a jumping-off point to found our award-winning juice bar franchise concept, Steve knows a thing or two about taking a business risk amid a shaky economy and having it pay off big time. This made him an ideal guest for the June 24 installment of Robert Kiyosaki's wildly popular podcast entitled ‘How to Become an Entrepreneur During a Crisis.’

Based on Kiyosaki’s 1997 bestseller and number one personal finance book of all time, Rich Dad, Poor Dad, theRich Dad Radio Show features interviews with successful business insiders offering advice on investing, personal finance, and entrepreneurship. You can listen to the podcast episode in its entirety below.

Prior to hitting on the concept for the Nékter Juice Bar franchise, a concept that would establish him as a leader in a $2.2 billion industry, Steve Schulze worked for consumer-based companies in various sales, marketing, and management capacities, including a 10-year stint in the infomercial industry. On his Rich Dad Radio Show segment, Schulze recounts to Kiyosaki how he, like many Americans, found himself unemployed in the wake of the 2008 financial crisis.

“I was producing infomercials, and at that particular time, the infomercial business got very, very difficult during the financial crisis,” Schulze recalled.

Ultimately, however, this setback provided Steve with a sense of perspective that helped him to see a clearer path toward what his next steps would be. As fate would have it, the infomercial Schulze was struggling to produce featured juice cleanses, a subject in which he was about to receive a very in-depth education. After frequenting a local health food grocery store and discovering that they sold between 200 and 300 bottles of cold-pressed juice per day, Schulze realized that the healthy juice industry was his ticket to financial wellness. 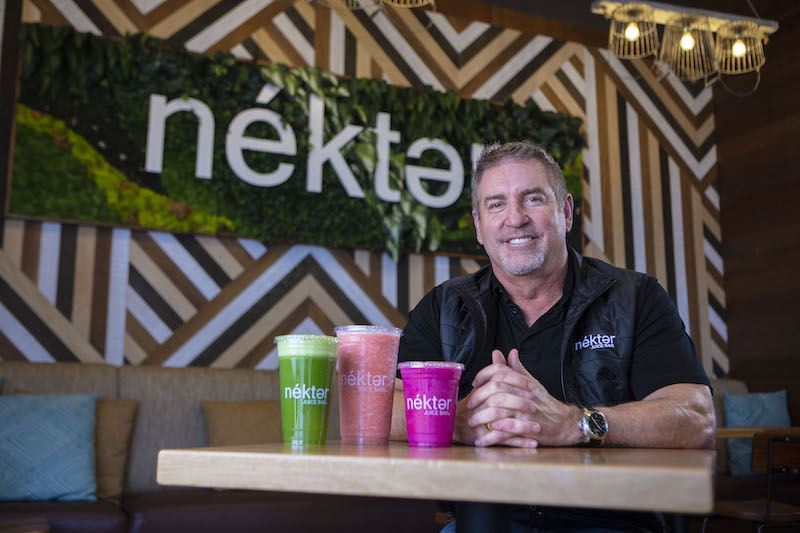 Still, as Steve shares with Kiyosaki, he and his wife, co-Founder and Chief Visionary Officer Alexis Schulze, didn’t open their first Nékter Juice Bar location with visions of franchising the concept. Providing customers with truly healthy juices and smoothies free from unnecessary sugars or artificial ingredients was something the couple truly believed in, and they used their passion to make the Nékter Juice Bar franchise come to life.

“We opened the juice bar just cause we were passionate about it,” said Schulze. “We didn’t think about opening number two or three. It just didn’t even cross my mind.” However, as the Nékter Juice Bar concept took off and grew a devoted fan base, requests for more locations began to crop up. “After the first one opened people said- and it was literally three or four miles away- ‘I can’t drive all this way. Can you like-’ ‘OK, we’ll open another one.’” Schulze recalls. “And then people say, ‘Hey, I can’t drive all this way. Can you open another one?’ And so, the way that we looked at it was we were serving the community. We enjoyed what we were doing and we continue to enjoy what we’re doing.”

As someone who has experienced starting a business from scratch amid the greatest American financial crisis since the Great Depression, not to mention growing that business into a 178-store franchise over the next decade, Schulze holds firm to the belief that now, despite or even possibly because of the economic uncertainty caused by COVID-19, just may be an ideal time to embrace entrepreneurship as a possibility. During the podcast, he pointed to the ongoing success of his Nékter Juice Bar franchise locations as an indicator that the healthy, fast, ‘grab-and-go’ nature of the brand was an ideal business model in the wake of the pandemic.

“We’re opening stores right in the middle of this COVID deal,” Schulze told Kiyosaki during the podcast. We opened in Colorado Springs last weekend and did $2,500 our first day. We opened another one this past weekend…We’ve continued to sign franchise agreements during this crisis. So I was quite surprised by that.”

One of the key components of Nékter Juice Bar’s franchising success, notes Schulze, is that, rather than try to expand too fast like some other franchise models in the fast-casual space, the brand made a conscious choice to perfect their franchise model in order to build a strong system that would ultimately provide expert, highly knowledgeable Franchise Owner support.

He recalls, “We had 12 stores and we’d been in the business two years and I’ve seen so many companies that have one location and next thing, you read the headline, ‘Hey, a thousand franchises or some stupid number.’ And like- wait a minute. If you only have one store, how do you know how to really operate it? So I wanted to make sure that we awarded six in 2012 and sat on it for two years and continue to grow the business model. “ 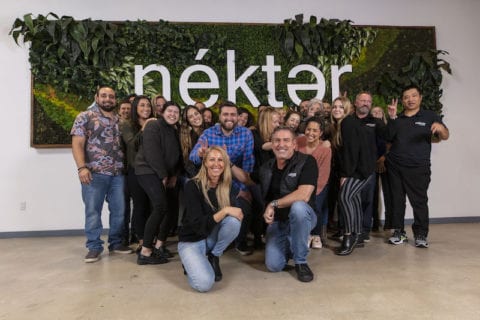 The wait paid off for Schulze and the rest of the Nékter Juice Bar franchise team- today, with 178 stores open for business and more under construction for upcoming grand openings, the truly healthy juice and smoothie brand boasts a corporate support network comprised of people who have actual hands-on experience owning and operating a Nékter franchise.

Looking back on his rocky road to entrepreneurship, as well as the lessons learned along the way, Steve Schulze shares the single most important ingredient for success as an entrepreneur with Kiyosaki and a vast listening audience: perseverance amid perceived career failures. “I started Nékter in 2010 and it was probably after 20 failed businesses and swinging and missing,” shared Schulze. “Occasionally I’d get a base hit every now and then, and survived enough to sort of pay the rent, but it never crossed my mind to stop or to give up. It wasn’t until I was probably 48, 49 years old that I started Nékter. But it was those failures the prior 20 or 30 years that enabled me, I think, to really make Nékter possible.”

Is this the year you embrace your entrepreneurial dreams and open a business geared towards the surging healthy food industry? Now’s the time to look into owning a Nékter Juice Bar franchise in your community. Visit our franchise website for details.