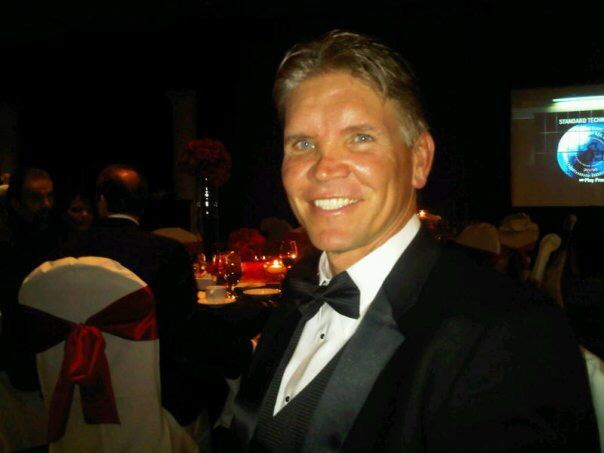 Meet the man who is building a smoothie franchise empire in Austin! Mark Wooten, who recently purchased six Nékter Juice Bar territories in the Texas state capital, is beyond excited to begin his latest business venture with his family…and we’re thrilled to welcome him into our smoothie franchise family!

As a lifelong entrepreneur, Mark knows a smart business venture when he sees one. With past business ownership credits including a pool hall, a hamburger and ice cream restaurant, and a company that distributed video games to such arcades as Chuck E. Cheese’s, this is certainly not Mark’s first rodeo when it comes to owning a business. “I’ve always had the entrepreneurial spirit since I was young,” he explains, adding, “I think it’s kind of cool, doing your own stuff to an extent.”

For the past couple of decades, Mark has concentrated on operating his primary business- an environmental company that he bought from a former employer in Canada back in 1996. Since then, apart from a brief interlude as a real estate broker, Wooten has run his environmental business, building it up into a success and forming strong relationships with trusted employees, who will be taking over the day-to-day operations so that he can now focus on building his Nékter smoothie franchise empire in Austin.

As a fitness-oriented person with a passion for healthy living and sports, Mark has firsthand knowledge of the desire to incorporate wellness into his everyday lifestyle and looks forward to helping people in his community achieve their healthy eating goals by frequenting his smoothie franchise. “28 was the year where I started watching what I’m eating, being health-conscious overall,” he remembers. At 51, Wooten continues to practice a healthy, active lifestyle, playing “anything with a ball,” as he puts it, and looks forward to a business venture that aligns with his personal health and fitness values. He says, “I get to do something I’m passionate about, something that I enjoy.”

As Mark heads into his fourth decade as an entrepreneur, he wants to build a business that he can operate with his family and pass down to future generations as a legacy, and he is positive that Nékter Juice Bar is the right franchise opportunity to help him achieve this goal. “My biggest passionate point is not only being able to grow this with my kids and family but also to leave something behind that they’ll hopefully want to continue,” he explains. “I think and feel, opportunity-wise, that this could be something that could grow into more of a family-type deal to an extent.” 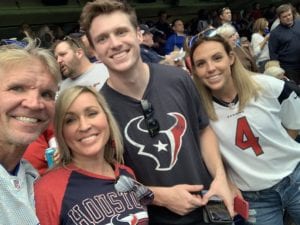 Mark plans to operate his smoothie franchise locations with help from his daughter Jessica, a volleyball player who shares his passion for wellness and sports, as well as her boyfriend, Colter Lasher, a professional basketball player who was on teams in Australia and Germany prior to the Covid-19 outbreak.

Mark and Jessica first discovered Nékter Juice Bar when they used to meet at our Midtown Houston location for healthy, on-the-go snacks while she was a student at nearby Houston Baptist University. As a Nékter fan and customer first, Mark was able to gain firsthand knowledge of the wide array of healthy, all-natural products and welcoming atmosphere that make us a standout among other smoothie franchise concepts long before he even considered investing in one himself.

It was not until a friend of his began looking into investing in another smoothie franchise that Mark became excited by the possibility of exploring some smoothie franchise opportunities of his own. As a seasoned entrepreneur, Mark understood the importance of comparing several brands to find the perfect fit and did his due diligence with a couple of competitor brands as well with Nékter to ensure that he would choose the right one for him. After diving deeper into each smoothie franchise model, Mark chose to discontinue with the other two brands and invest in a Nékter Juice Bar. He says, “Nékter was just the best-looking opportunity!”

With his daughter and her boyfriend accompanying him, Mark flew to our California headquarters for Discovery Day, where he was impressed by the loyal, family feel of our corporate office, as well as the genuine, positive attitudes of our team. “I appreciate the loyalty from both sides and feel that family atmosphere with Nékter so that was definitely what sealed the deal,” he explains.

“It’s really just the overall package,” he says, “The branding is huge. The actual product itself, the cost of goods. I like Nékter on paper and also business-wise. It was basically just putting everything together- really just a kind of combination of the whole product and everything.”

In addition to feeling certain that the Nékter opportunity makes sense from a business standpoint and has great potential for financial rewards, Mark is excited about joining our smoothie franchise and working with like-minded individuals who share his passion for wellness and healthy living. “Getting to meet new people, good people who think and feel the way I do. Being around those types of people is exciting,” he says, adding, “My environmental job, I’m blessed I’ve had it, but it’s kind of been just me- I’ve got sites all over Texas so I’ve been on the road a lot, so I’m looking forward to not having to travel as much and basically just focus and watch something grow from the ground up.”

Being based in Austin also allows Mark and his wife Cristi the opportunity to live near his older daughter and son-in-law, as well as his two grandchildren, allowing him a flexible balance between work and family. He looks forward to the opportunity to build his smoothie franchise business with Nékter Juice Bar while getting to spend time with the people who matter the most to him.

Mark’s entrepreneurial experience and business savvy, combined with his optimism and enthusiasm for his new venture with our smoothie franchise, makes him an ideal Nékter Juice Bar Franchise Owner. We’re thrilled to welcome him on board and can’t wait to see his Austin locations grow!